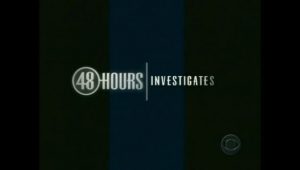 Donnah’s story was featured on 48-hours Mystery and is also featured in a book written by Gail A. Zimmerman.

Ira and Sara Jane Drescher know first-hand the pain of losing a loved one to domestic violence. Their daughter, Donnah, was brutally murdered by her husband on August 29th, 1995. Most people who knew Donnah and her husband Mark thought they were the perfect couple.

Both were respected and successful members of their community. Mark was a nuclear engineer. Donnah was an operating room technician. In June 1995, they adopted their daughter Bailey. No one imagined what would happen three months later.

Mark called 911 and reported that his wife had been murdered. He told the police that he had caught an intruder attacking Donnah. He said that in trying to protect his wife, he shot and killed the man and that he was unable to save Donnah.

At first, it seemed like an open and shut case. Four years later, the true story emerged. Mark had devised an elaborate plot to murder his wife, framing an innocent man. He took a loving daughter from the Dreschers, and a doting mother from young Bailey.

Sara Jane and Ira Drescher are left with memories of the happy times spent with their daughter and the violence that ended her life. Years would pass before they began to accept the reality that Donnah was a fatal victim of spousal abuse.

On August 29, 2010, Ira and Sara Jane commemorated the 15th anniversary of Donnah’s murder. To keep her memory alive, they established Donnah’s Fund at Women In Distress.

The goal of Donnah’s Fund is to empower domestic violence victims to live safely and independently.  Donations made to Donnah’s Fund will help provide support for housing payments and deposits, furnishings, and other related items needed to help victims of domestic violence establish safe households for themselves and their children.

“We feel confident that Donnah would be proud to have a fund in her name so women who have separated from their abusers can have the opportunity to make a new start in their lives.” – Sara Jane Drescher

Click “GIVE” to donate online or donations may be mailed to:

Learn how you can keep yourself safe

Join the mission to spread domestic violence awareness with WID